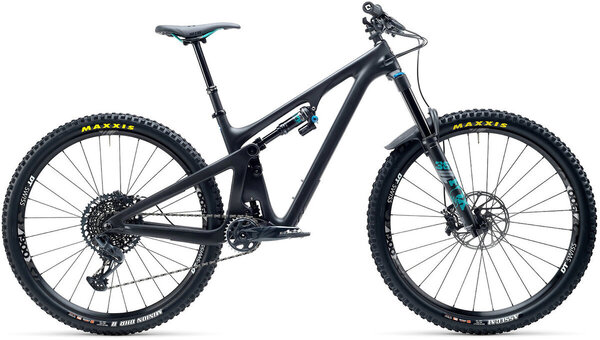 The Yeti SB130 CLR is the "lumch-ride" version of the super-capable SB130. What does that mean? This is the bike that the Yeti crew modified to be slightly plusher and slightly more confident in the chop than their standard super-capable SB130. The main differences are an extra 10mm of travel in the fork that gets bumped up to 160mm of travel from the regular 150mm of travel of the standard SB130 and an extra 7mm of rear wheel travel, bumping it up to 137mm of of fully-active "switch-infinity" controlled rear suspension, creating a slightly slacker head tube angle for stable, confident steering.

What does that mean to you?
It means that you can get a bike that feels plush in the chop, without any compromises even when you're on the brakes, as this suspension design is not negatively affected by braking forces. At the same time, this bike climbs like a bike with a lot less travel. The Switch Infinity design position the main pivot point in the optimal position for power transfer and gets rid of the typical "squat" effect of full-suspension bikes, ensuring that your power goes to spinnning the rear wheel rather than losing it to compression of the rear shock.

In general, this is a bike that excels when pushed to the limits. It responds incredibly well to being ridden out of the saddle and whipped around corners. Its limits are far beyond what most of us are capable of and you can ride it knowing that your equipment will not be limiting your abilities. 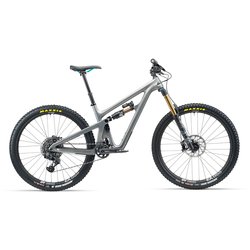 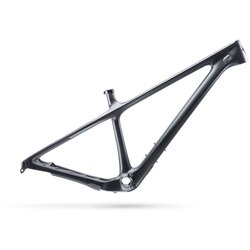 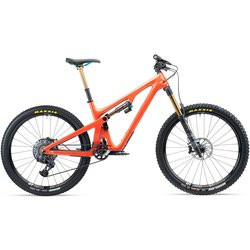 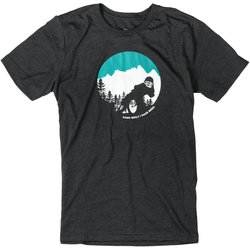